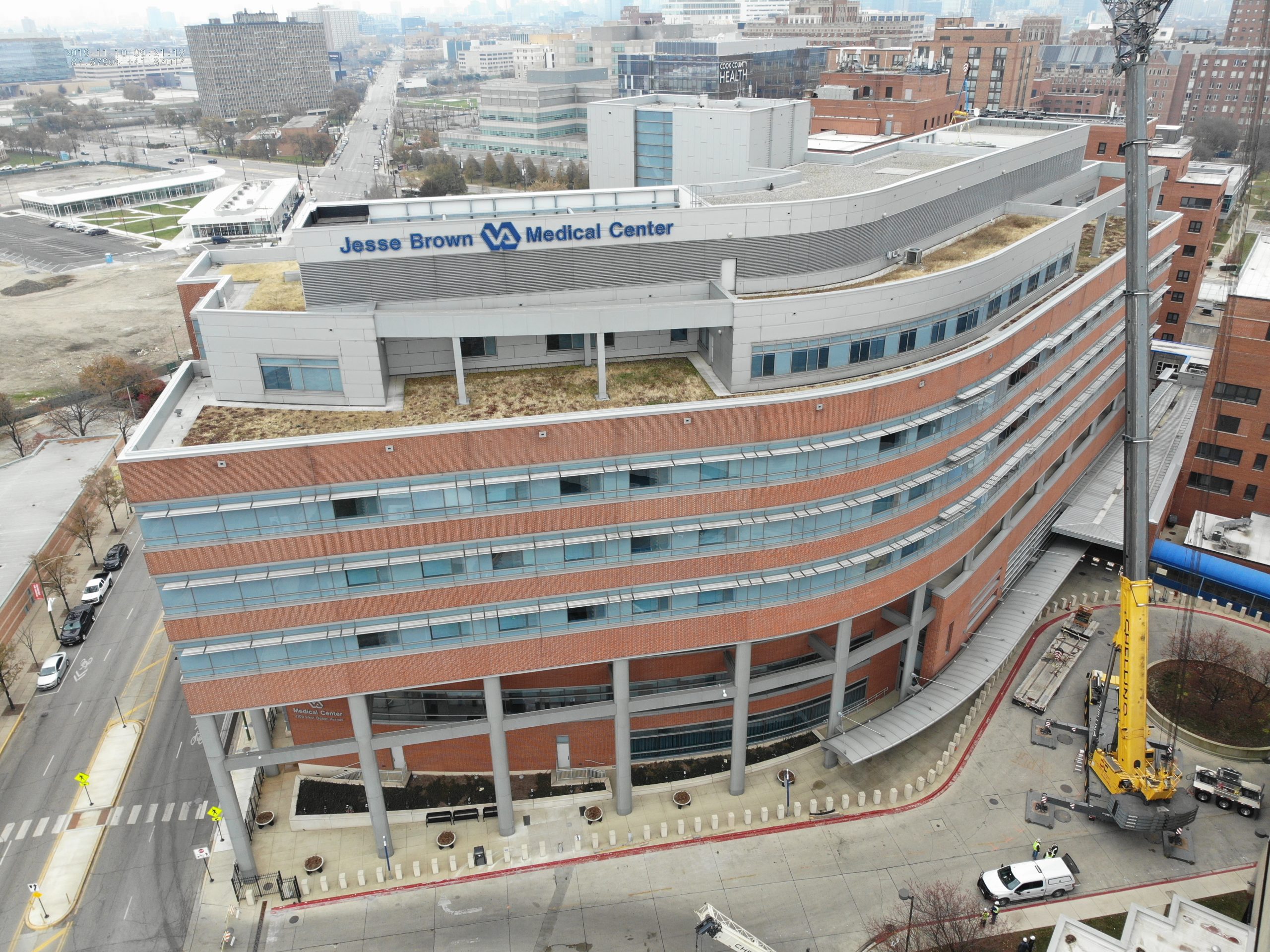 Inspection included fifteen buildings throughout the VA campus with construction dates ranging from the late 1800s to early 2000s. The buildings ranged from one- to ten-stories in height and utilized numerous different structural and exterior systems. Inspections included examinations of as-built drawings, user interviews, and both visual and infrared imaging inspections using drones. Infrared images were captured to identify locations of potential moisture infiltration or conditioned air loss from the building. Deficiencies were noted, categorized based on severity, and photographed. Results from the survey data were compiled into reports submitted to both the VA and the City of Chicago.